As we expand our coverage of the biotechnology sector with the latest biotech news, our team at BioTech Health X is proud to announce the latest interview in our CEO Series where we connect with leading biotech executives and provide them with the ability to explain who their company is, what they do and share any additional commentary about future developments.

Chris Garabedian is Chairman and CEO for Xontogeny. He founded Xontogeny in June of 2016 to support multiple promising technologies from early development through clinical proof of concept.

In 2017, Chris joined Perceptive Advisors to develop their Venture Fund strategy and is Portfolio Manager of the Perceptive Xontogeny Ventures Fund which supports early stage companies with Series A investments across biotech, medtech and healthtech.

Mr. Garabedian has a broad base of experience and a track record of success over his decades long experience in the biopharma industry previously serving as the President and CEO of Sarepta Therapeutics from 2011 to 2015, overseeing the turnaround of a company that is now a commercial stage leader in the genetic technology space after leading the development of the company’s Duchenne Muscular Dystrophy program.

Prior to his time at Sarepta, Mr. Garabedian led Corporate Strategy for Celgene from 2007 to 2010. Prior to Celgene, Chris served in a number of global commercial and corporate development leadership roles at Gilead from 1997 to 2005.

Mr. Garabedian serves on a number of Boards of life sciences companies and speaks at industry conferences on a wide range of important issues. Chris is also on the Board of Directors of MassBio, serves as a Senior Advisor for the Boston Consulting Group and is a member of the Corporate Relations Board for the Keck Graduate Institute.

Xontogeny is a Boston-based venture capital firm that aims to help life science entrepreneurs gain the funding and leadership, strategic direction, and operational support they need to improve their chances of success in early drug and technology development.

The Xontogeny team collaborates with leading scientists and entrepreneurs to help them realize their ambitions while enabling a more efficient development approach that benefits company founders and early equity investors.

For those not familiar with all of the great work that you have been doing, can you give us a brief overview of Xontogeny as a biotech accelerator?

Xontogeny was formed to provide support to early-stage biotechnology and life sciences companies by serving as a senior-level advisory group bringing decades of drug and technology development expertise and seed capital to these startups and the entrepreneurs, scientific founders and first-time CEOs that lead them.

By providing active ‘hands on’ operational and strategic support, Xontogeny’s team serves as a shadow management team to ensure programs are optimized for success and enable the most efficient use of capital to avoid unnecessary dilution to the founding team.

Furthermore, we have a mechanism to continue to invest in Series A financings, to realize the full potential of the company’s programs and to maximize value creation, assuming key milestones are met, through the Perceptive Xontogeny Venture Fund.

As someone who invests in early-stage medical research companies, what are some of the things you look for that investors could also look for when evaluating new biotech stocks to watch?

Investing in early-stage life sciences companies (biotech, medtech, and healthtech) can be challenging as datasets are limited and the technology is often too early to have been extensively validated. As such, it is rare that a compelling ‘proof-of-concept’ for the scientific thesis has been established.

It is imperative to conduct the appropriate due diligence in assessing the scientific rationale of the mechanism of action and the feasibility of the intended biologic effect as a potential treatment.

This validation is best achieved by rigorously evaluating the existing preclinical data to determine what additional studies will further validate the technology to establish a more compelling proof-of-concept of the scientific thesis.

Recently you announced the creation of your second venture fund, PXVII which has a value of $515 Million. What are some of your plans and investment goals with companies in the near future and the second fund?

The seed investment strategy with Xontogeny enables us to build a pipeline for Series A investments for PXV II while also directly investing in Series A financings for companies that are seeded and incubated outside of Xontogeny.

Lastly, we receive solicitations from other venture capital funds that are seeking an investment from the PXV Funds as part of a multi-investor syndicate, and we wanted to invest in some of these opportunities if the risk-reward profile is deemed attractive.

What do you believe the primary factors are that determine if a company is able to successfully bring a drug to market?

Each program has a different set of risks that need to be navigated to ensure successful development. The success of some programs requires a better understanding of the appropriate clinical endpoints, while others require more attention to the appropriate dose and regimen to optimize the efficacy while avoiding toxicity.

Certain programs may require a more thoughtful regulatory strategy or might require more investment and attention to quality manufacturing. Ultimately, every program should receive the appropriate attention to three core areas:

2) Develop a thoughtful strategy in discussion with the medical regulatory agencies.

3) Design the clinical program and support clinical trials to give the drug or technology the best chance to demonstrate its effectiveness as a treatment in an enriched patient population.

What is next for Xontogeny? After spending over 20 years at pharma companies including Gilead, Celgene and Sarepta and working on breakthrough drugs for HIV, Hepatitis B, and muscular dystrophy, where do you see yourself and the company in the next 5 years?

The biotechnology and health science industries have not moved beyond a 10% success rate when measuring drugs that are brought into clinical development against those that receive an FDA approval for use in patients.

Our goal at Xontogeny is to provide support across a portfolio of programs that span a variety of treatment modalities and a wide range of therapeutic disease areas to drive greater development success than industry averages.

Over the next five years, we hope to achieve a favorable clinical dataset or establish a solid ‘clinical proof-of-concept’ for a number of new technologies. 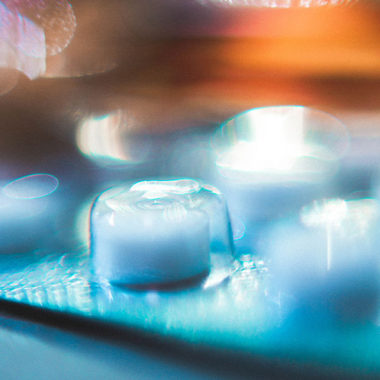 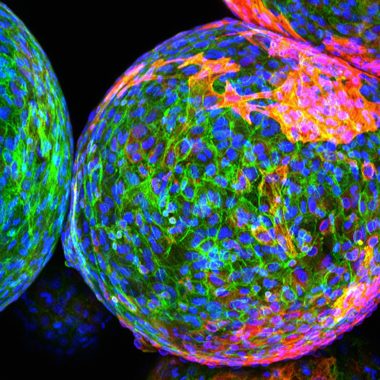